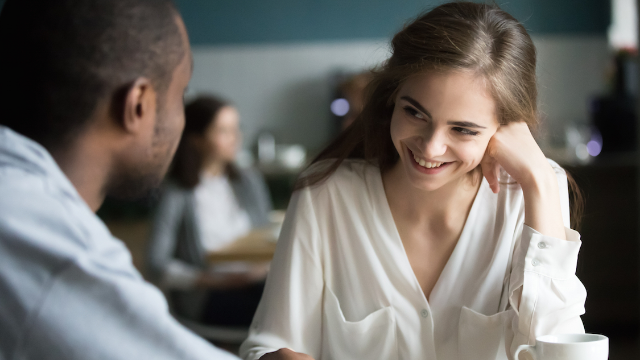 Man asks if he's wrong for not wanting to hang out with female classmate who hits on his boyfriend.

It can be incredibly difficult to deal with someone crushing on your partner, particularly if they don't seem to respect the boundaries of your relationship. On one hand, if you insert yourself in the dynamic it is easy to appear controlling or jealous. On the contrary, sitting back while someone tries to steal your boo isn't the ideal either.

This is even harder when the third party is aware their feelings are unrequited, and they seem to get a rise out of making everyone uncomfortable. While this happens across gender and sexuality, there is a trend of straight women hitting on gay men and thinking it's harmless when really it's disrespectful.

In a recent post on the Am I The A*shole subreddit, a man asked if he's wrong for wanting to cut off a classmate who incessantly flirts with his boyfriend.

AITA for not wanting to hang out with a girl because she's into my boyfriend?

OP shared that him and his boyfriend Mark have been part of a student's club for years, and just two months ago a woman named Jessica joined.

From the very start, Jessica made it clear she was attracted to Mark, and Mark was relatively avoidant and uncomfortable.