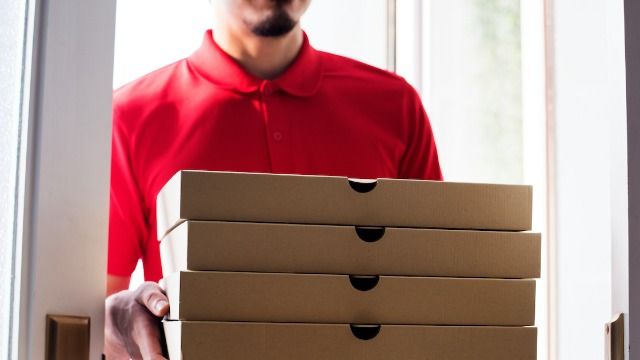 Man asks if he's wrong for reporting pizza guy who left note for his girlfriend.

Ordering (and presumably eating) pizza is one of life's true joys. But it can go very weirdly wrong...

When a couple ordered pizza from the girlfriend's regular place, things got messy enough to consult the highest moral authority: Reddit.

AITA (Am I the As*hole) for reporting the pizza delivery guy for sliding a note under my girlfriend's door?

I (M28) was spending the weekend with my girlfriend at her place. We decided to order some pizza and she ordered from her usual restaurant.

When the delivery guy arrived, I opened the door and he looked at me confused then proceeded to ask where (girlfriend's name) was. I said "excuse me" and asked why he was asking and he said nothing, it was just that he's used to delivering pizza to her and this is the first time he saw me, so he thought she moved.

I told him she was busy, then took the pizza and gave him money and while I was turning, I saw him still standing. I asked, "how can I help?" and he said "don't mind me I'm just standing here waiting."