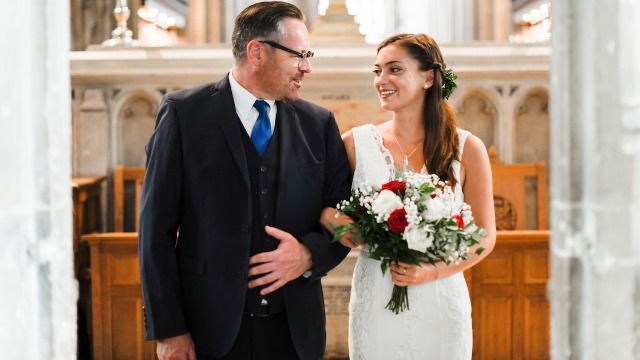 Parenting a kid after a separation can be even more difficult than parenting them before.

Managing the complications of shifting custody, child support, and the added presence of new step-parents can fracture an already complex relationship. And this doesn't even touch on the relationship shifts that happen once a kid reaches adulthood.

Because of the symbolism and emphasis on family hierarchy, weddings can be a particularly intense time for these dynamics, and regular commenters on the AITA subreddit know this all too well.

In one popular post, a dad asked if he's wrong for telling his daughter he'll no longer be doing "father duties" after she told him she didn't want to do the father-daughter dance with him.

AITA for telling my daughter that I'm no longer her father on the eve of her wedding?

I (M58) have a daughter Jackie (F24) who was married recently. Jackie's mother and I divorced when she was 2 and they settled in Texas while I'm in New York. I also have a son Mike (M28).