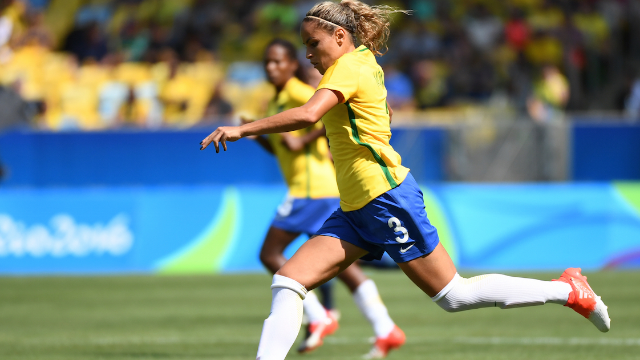 Even worse yet, the pay gap in professional basketball is even more extreme, with WNBA players earning roughly a fifth of what their NBA counterparts make.

To add to all of this, dismissive and sexist cultural attitudes towards female athletes persist, through both hack jokes and a general lack of media coverage focusing on female athletes.

Luckily, not everyone subscribes to the large overvaluing of male athletes, and when a man on Twitter tried to make fun of women's soccer by posting a clip of a specifically bad throw-in, he was quickly dragged for his hypocrisy.