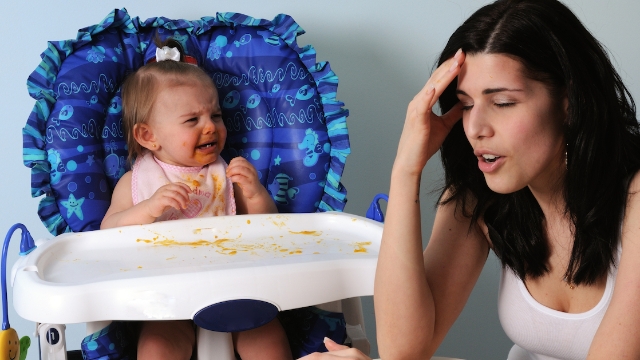 Man accuses wife of lying about post-partum depression after she makes plan to travel solo to Europe.

Post-partum depression is a very serious condition that affects an estimated 13% of mothers, and yet it's still largely swept under the rug and misunderstood. As with any mental illness, the symptoms it manifests vary greatly depending on the woman, her personality, other mental health issues, and parenting circumstances.

Sadly, since there is still a lot of stigma around new mothers behaving or feeling anything other than full of love and gratitude, the cultural awareness around post-partum depression is relatively low.

That being said, if a woman is suffering from PPD and doesn't actively seek out help, it can place an enormous burden on a relationship and in some cases endanger the safety of a newborn child.

In a recent post on the Am I The A*shole subreddit, a dad asked if he's wrong for threatening to divorce his wife after she floated the idea of skipping town for a month shortly after giving birth.

AITA for telling my wife she doesn’t have post-partum depression?

OP shared that his wife gave birth to their daughter less than two months ago, and while he loves his daughter, his wife has been extremely avoidant with the baby.

I feel awful about it, but.

So, my wife gave birth to a healthy baby girl a month and a half ago. I wouldn’t exchange the world for my daughter. She’s my first daughter, but my wife has twin sons from another marriage. However, ever since she gave birth, she’s been... neglectful.