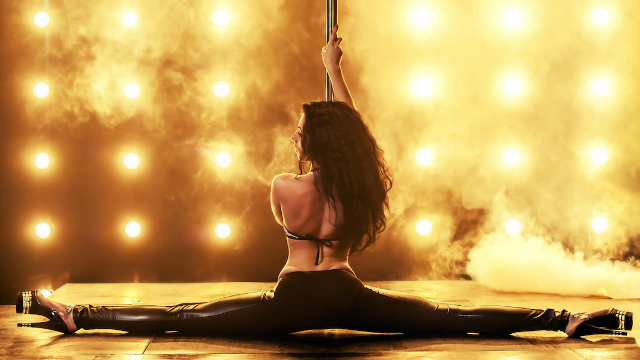 Woman upset over man throwing dollars on her at the club sparks debate about how we view strippers.

What started out as a man asking the people of reddit to weigh in on an argument he had with his girlfriend has quickly devolved into a discussion about the stigmatization of strippers and other sex workers.

User Kumotay posted in the sub-reddit page 'Am I the Asshole?" asking other users their opinion on an incident with his girlfriend. According to the post, he and his girlfriend were out dancing, when she pulled out some splits on the dance floor. A man then 'jokingly' threw some dollar bills on her, which the boyfriend found funny and laughed at. This got him in trouble.

My GF and I were out at a club to see a DJ. We were dancing, drinking, having a good time. My GF has been doing yoga for a few years and when she’s especially sauced she likes to throw in some splits and stuff on the dance floor. Well, we got sauced and as she’s doing her 3rd split or so a guy comes up and “makes it rain” on her - literally like 4 dollars. Obviously he was making a joke that she was dancing like a stripper. Whatever. This happened and in the moment I just fucking started laughing. I thought it was legitimately funny in the moment. My girlfriend gets up and says “we’re fucking leaving” and basically storms out. Get outside and she’s basically telling me that I should’ve punched the dude out or something and that he made her feel like a whore and I’m an asshole for laughing. I’m fucking 31, I’m not punching anyone out at a bar unless they’re actually getting physical or threatening to get physical. While I agree that it might’ve been somewhat demeaning, I also think it was objectively funny.