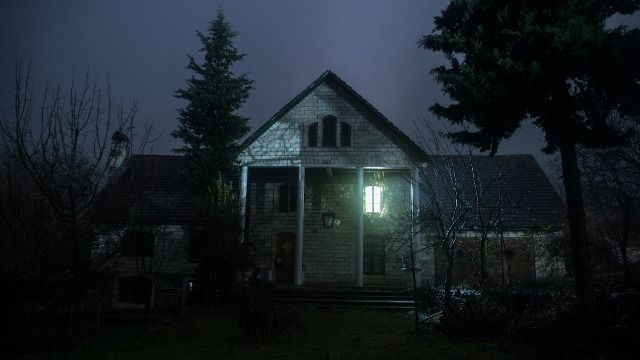 Even if you don't believe in paranormal activity of any kind or "bad energy" and spirits, most people don't love the idea of living in a house that was once a tragic crime scene...

The true-crime genre has been trendy for awhile now as podcasts, documentaries and countless television shows love to cover serial killers, unsolved cases, or the psychology of prolific and gruesome murderers. Some people can relax and unwind with a bowl of ramen, a glass of wine and a 3 hour show about the graphic and grotesque details of a killer's 33 victims. For the rest of us, it can be difficult to casually consume crime content without feeling phyisically ill or perpetually paranoid about the safety of ourselves and loved ones. Is that man at the grocery store smiling at your to be polite or did you read too much of the Ted Bundy Wikipedia page?

Landing the real estate deal of the century by buying a house with a complicated history is a financially savvy move for someone who can rationalize away a house's haunted past, but it might not be so easy for a teenager without a sage session. So, when a concerned man decided to consult the online courtroom of moral philsophy otherwise known as Reddit's "Am I the As*hole?" about his fiancée's teenage daughter's fear of his house, people were there to offer advice.