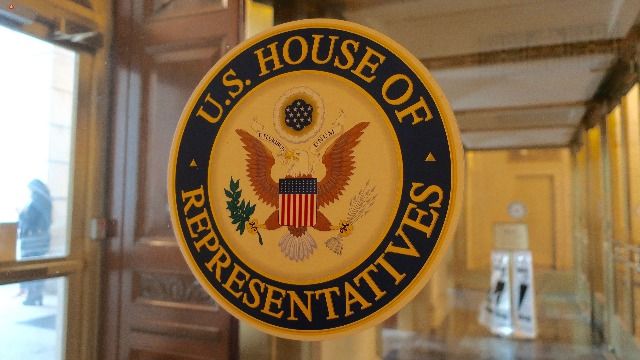 People mock congresswoman who spoke at impeachment hearing in a 'censored' mask.

Rep. Marjorie Taylor Greene, a freshman congresswoman of Georgia and supporter of the anti-Semitic QAnon conspiracy theory, used the impeachment hearing as an opportunity to tell hundreds of millions of people around the world that she is being censored.

Rep. Marjorie Taylor Greene (R-GA) wears a “CENSORED” mask, as she speaks to the nation on the floor of the House of Representatives. pic.twitter.com/hBtyR2pYKL

Censorship is the suppression of speech. This congresswoman is literally speaking. Into a microphone. In the House of Representatives. On live television.

Her claim of censorship was immediately contradicted by the fact that she could be both seen and heard. If she was really being censored, she'd look like this:

The irony of the stunt was promptly criticized on social media.