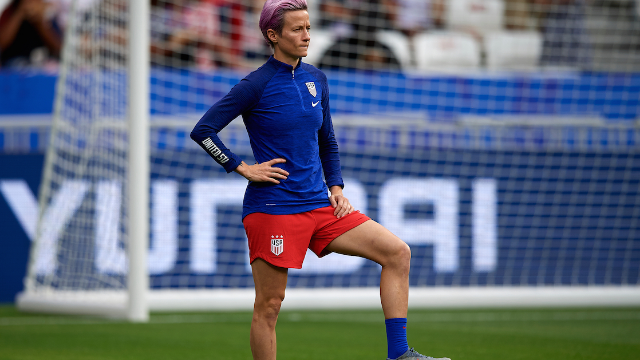 Megan Rapinoe calls out FIFA for scheduling two other finals on the day of the USWNT World Cup.

The USWNT beat the Netherlands 2-0 today in the Women's World Cup. They are officially the champions, but many feel they still aren't being fully treated as such.

Soccer star and national treasure Megan Rapinoe has been vocal about the the lack of appreciation and credit the USWNT receives. And last night during a press event, Rapinoe criticized FIFA for scheduling three finals -- including the Women's World Cup -- today. Rapinoe felt that her team's game should have been given exclusive attention, as it normally would if it were men playing. She argued, "There are two other finals going on but this is the World Cup final, this is like, cancel-everything day." She also called the scheduling "ridiculous" and "disappointing."

Watch more of what Rapinoe had to say here:

Megan Rapinoe: "That's a terrible idea to put everything on the same day." https://t.co/fGvI4QZQbH