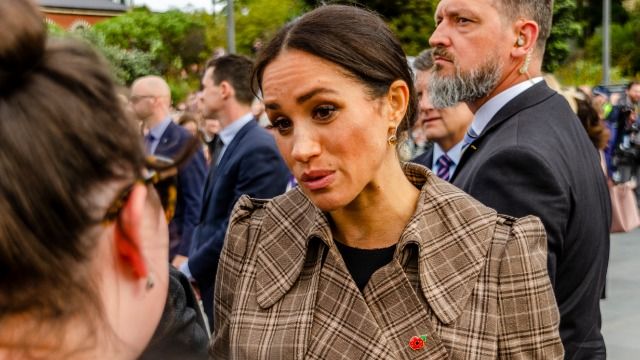 It's going to be another dramatic day for the British royal family.

Not only has Meghan Markle denounced claims that she "bullied" former Palace employees. CBS has also released a new clip from its upcoming interview with Meghan and Prince Harry, in which Meghan implies that "the Firm," or the royal family, is "perpetuating falsehoods" about the couple.

A lot has happened between the couple and the royal family in the past few days, so let's take it from the top.

It all started when sources told a British newspaper that Meghan was accused of bullying staff at Kensington Palace.

British newspaper The Times published a report on Tuesday saying that Meghan "bullied" some of her staff when the couple was based at Kensington Palace.

Sources described as "royal aides" approached The Times to share information about Meghan's alleged misconduct. From The Times:

The complaint claimed that she drove two personal assistants out of the household and was undermining the confidence of a third staff member.

It was made in October 2018 by Jason Knauf, the couple’s communications secretary at the time, seemingly in an effort to get Buckingham Palace to protect staff who he claimed were coming under pressure from the duchess. Prince Harry pleaded with Knauf not to pursue it, according to a source.