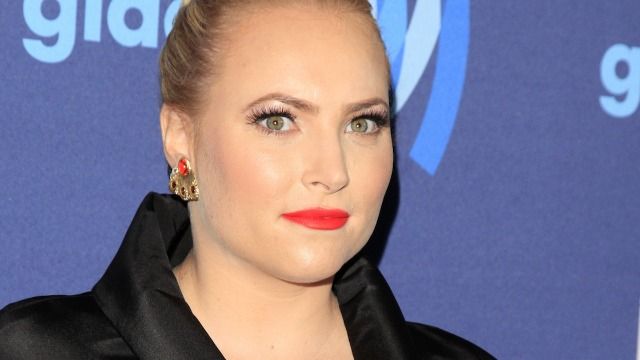 Meghan McCain mocked for claiming Biden is in trouble with 'his creator' over abortion.

Meghan McCain, controversial conservative host of "The View," is no stranger to dropping divisive opinions and getting brutally roasted for them on Twitter...

In response to President Biden's pro-choice stance on abortion despite his religious beliefs, McCain warned viewers during the "Hot Topics" segment that Biden is "doing grave spiritual harm to himself and harm to this country." McCain is not the only Catholic who takes issue with Biden's clashing religious and political beliefs as the United States Conference of Catholic Bishops recently drafted a statement to ban Biden and other Catholic politicans who support abortion from receiving Communion.

McCain's co-host and fellow Catholic, Sunny Hostin, questioned the validity of the church denying communion to pro-choice members considering there have been conservative Catholic politicians who have been divorced, supportive of the death penalty or have admitted to adultery without any such punishment for these fellow "cardinal sins." McCain was relentless in her "abortion is murder" and the "killing of the unborn" take as she continued by saying Biden will have to ultimately "talk to his creator when the time comes."