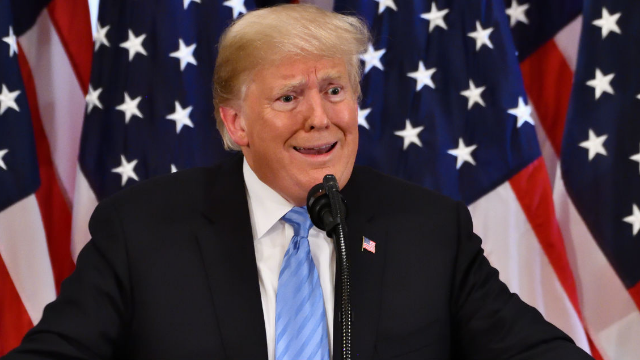 The #LostTrumpHistory meme mocks Trump's claim that he was 'down there' with 9/11 first responders.

Trump is at it again, saying things that are so dumb they become a hilarious meme...

Perhaps it would be in our president's best interest to avoid talking about 9/11. Considering the "joke" he made about family members and first responders having a "short fall" if the stage collapsed beneath them, Trump has made it clear he's not the most sensitive person when it comes to one of America's greatest tragedies.

Unfortunately, though, he keeps talking.

At a recent event for the 9/11 Victim Compensation Fund, Trump very boldly claimed that he was "down there also" with the first responders.

Granted, he said very clearly that he didn't consider himself a first responder which is a relief, but was he actually down there? Because Twitter remembers that day very differently...