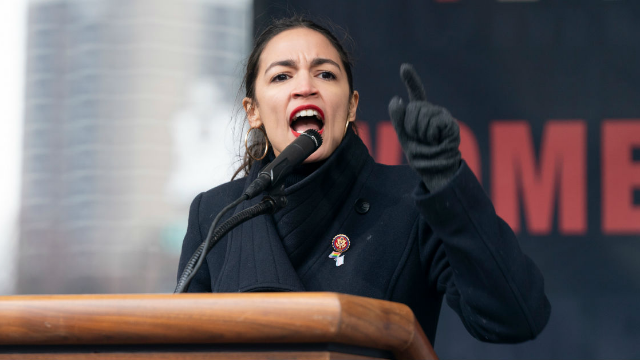 A mom makes her kid pretend to be AOC to mock her. People are calling it child abuse.

Considering she's only 29 years old, insanely popular among young liberals, and a radical democratic socialist, she's received a truly ridiculous amount of criticism from the right, and even from her own party. Her former job as a bartender has been a target of her trolls as well. If you can hold down a bar three rows deep on a weekend night while making sure everyone is hydrated, safe, and not writing a bad Yelp review--you can be a representative in the United States house. At least when you're a politician they let you eat and sit down at your job...

While she is no stranger to the darkest underbelly of internet trolls, there's another hater in the ring who is well, a little smaller than most...

While I think it is important for children to understand and get involved in politics, there are some things that seem pretty manipulative on the parents' part.