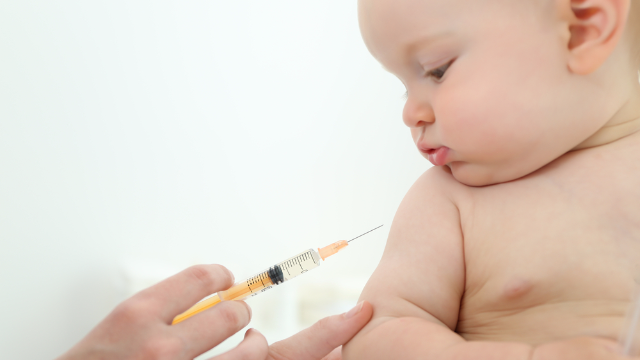 Pro-vax mom gets in trouble with the law for having an unvaccinated sick baby.

Tensions run high in the anti-vax debate, because it's literally a matter of life and death (Somebody please tell Jessica Biel).

Sometimes situations are more nuanced than "I am an idiot, so I won't be vaccinating my kid," and the case goes to court.

On April 30th, armed officers showed up at an Orthodox Jewish woman's apartment to serve her a summons for failing to vaccinate one of her nine children.

She wasn't deliberately skirting her responsibilities to the community in the face of the public health emergency, though. The woman, identified as Jane Doe in court documents, is pro-vaccine, and vaccinated eight of her children. The summons she received was for her youngest son, who at eight months old, had been sick for several weeks.