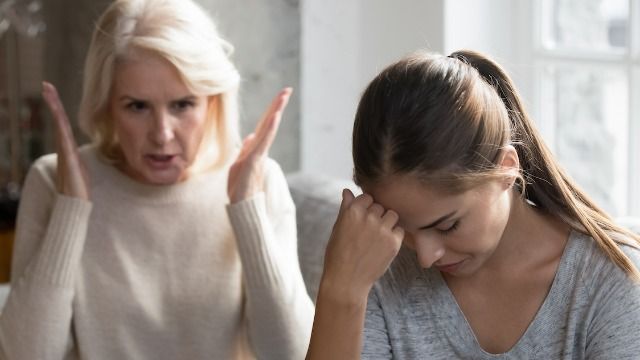 Nothing like being forced to sleep in your childhood bedroom that your parents converted into a gym while your partner of three years who you currently live with has to sleep on the couch downstairs at the family holidays....

While there's an understandable level of protection from parents concerning their child's romantic partners in high school or early adulthood, once your kid is almost thirty, it can be pretty ridiculous to enforce a "can't share a bed until you're married" house rule.

So, when a frustrated mom decided to consult the moral compass of the internet otherwise known as Reddit's "Am I the As*hole" about her mid-twenties daughter not being allowed to share a bed with her boyfriend under her roof, people were quick to deem a verdict.

AITA (Am I the As*hole) for not allowing my daughter to sleep in the same bed as her boyfriend?

My daughter and her boyfriend celebrated Easter with us (me, my husband, and our son/her brother). I asked her boyfriend to stay in our guest room, as they aren’t married yet and my husband and I believe it’s inappropriate to share a bed before marriage.

Neither her or her boyfriend said anything at the time, but later it came up that they don’t visit more often because we won’t “allow” them to sleep together. I think this is ridiculous. After all, it’s our house and our rules. My daughter agreed, but then said she’d still prefer to sleep with her boyfriend and thinks our rule is what’s actually ridiculous.