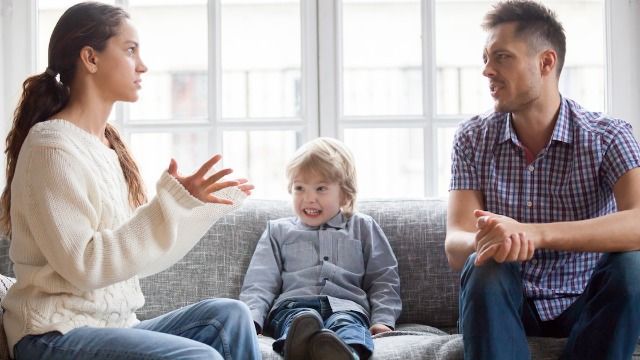 Mom asks if she was wrong for telling ex's parents his nanny does all the childcare.

Dividing up childcare responsibilities in a way that works best for everyone involved can be difficult for co-parents, especially when one parent is doing half the work, and the nanny is doing the other half...

Hiring a childcare professional to look after your children when you're working or too busy to fully concentrate on keeping a toddler from eating the couch pillows can be an incredibly beneficial decision for many families. However, babysitters and nannies are not parents, and if co-parents aren't communicating in the way they should, it's not fair to force an employee to be the mediator.

While it's usually frowned upon to roast the father of your children in front of their entire family, sometimes we have to be a little snarky in order to be heard. So, when a frustrated mom decided to consult the moral compass of the internet otherwise known as Reddit's "Am I the As*hole?" about a comment she made about her ex-husband's parenting skills in front of his mom, people were quick to deem a verdict.

AITA (Am I the As*hole) for saying I co-parent with the nanny in front of my ex-husband and his family?

My ex-husband and I have been separated for a year and will more than likely be starting the divorce process any day now. Ever since we split up, my ex has hired a nanny to help him with childcare of our two kids during his time.