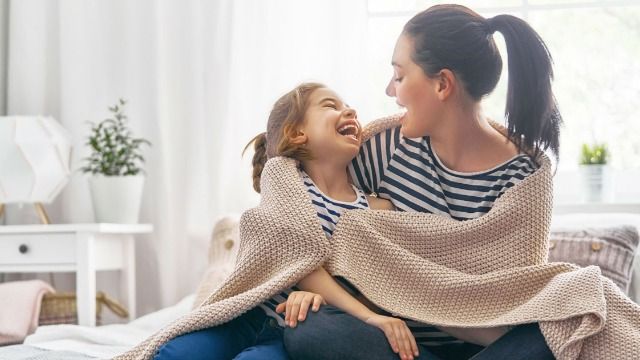 Mom asks if she was wrong to tell husband it's his fault their son doesn't hug him as much.

Everyone shows love for their family and friends in different ways, but regardless of whether it's a tight hug or a thoughtful gift, it's still a valid display of affection...

Just because a young child might not hug one of their parents as much as the other doesn't mean that they don't love the other parent. Children mirror the love they receive, and if one parent is more physically affectionate, that parent is more likely to get the bulk of the bear hugs. Still, just because a family isn't constantly cuddling together doesn't mean there isn't a lot of love in that house. People who prefer to express their love in gestures, actions or words are just as loving as people who want to have a pile-on group-hug for every greeting.

So, when a frustrated mom decided to consult the internet's moral compass of Reddit's "Am I the As*hole?" about her husband's sadness over their son's lack of physical affection, people were quick to offer advice.

AITA (Am I the as*hole) for telling my husband that his own behavior is why our son doesn’t show him physical affection and I won’t force him to?

My husband and I have a 6 year old son, Sam. Sam is super affectionate to me, because I am super affectionate to him. For practically his whole life we’ve had cuddle time every night, I tuck him in and give him hugs and kisses, I put him on the bus in the morning and kiss him goodbye, and when he doesn’t feel good I let him curl up with me on the couch and hold my hand. So it’s not uncommon for him to randomly tell me he loves me, or come plant a kiss on my forehead while I’m just sitting down - This is just how we’ve always been with each other.