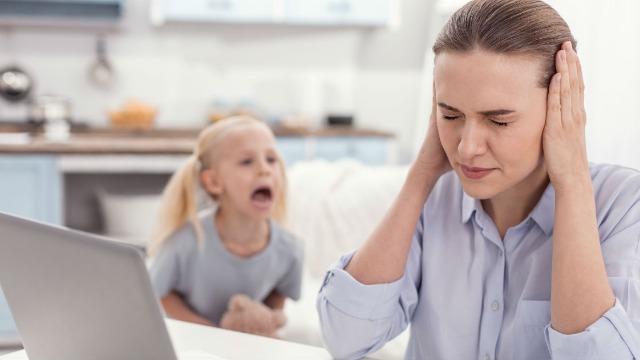 Mom of four asks if she was wrong to tell 5-year-old she never wanted kids.

How honest can you really be about parenthood with your own children?

Especially when you have young children, telling them how you truly felt when you found out you were pregnant might not always be the best idea. Very young kids might not understand that you still love them even though you have a complicated relationship to motherhood, and you could potentially cause serious damage to their self-esteem and self-worth.

When people are unsure of whether or not they did the right thing, Reddit's "Am I the As*hole?" is the internet moral compass ready to help. So, when a young mother of four was unsure if she was in the wrong for telling her 5-year-old that she didn't want children, people were ready to chime in. Let's dive in, shall we?

AITA for telling my husband I regret having our children and telling my daughter I never wanted her?

I (f24) have 4 children. I had my first when I was 19. My children are 5F, 3F, 2F and 1M. All of our children have been planned, but it’s always been my husband pushing to have another. If he’d have let me I would’ve stopped after our oldest. I never really wanted to be a mom, and don’t feel as though I connect with them very well.

A few nights ago I was putting my eldest daughter to sleep when she started asking me loads of questions. She’s a really curious little girl. I had a traumatic birth with her and post natal depression so always struggled with bonding, and still do struggle connecting with her. She told me she wants lots of babies when she’s older and then asked me how many I wanted when I was her age. I told her I didn’t want any and that I didn’t even want any when I had her. I know she’s only 5 but she massively misinterpreted it and got upset. I comforted her and put her back to sleep.

In the morning she must’ve told her father what had happened when he was making her breakfast as I woke up to my husband absolutely furious with me for traumatizing our daughter and damaging her self esteem. I told him she’d be fine but he kept shouting at me telling me I was an awful mother. I replied that it’s hard being a good mother to kids you regret having. He asked if I was being serious and I said that I was being impulsive when I said that but that I didn’t want them and he knew that. He left the room absolutely furious with me and took the kids to his parents house. AITA (Am I the As*hole?)