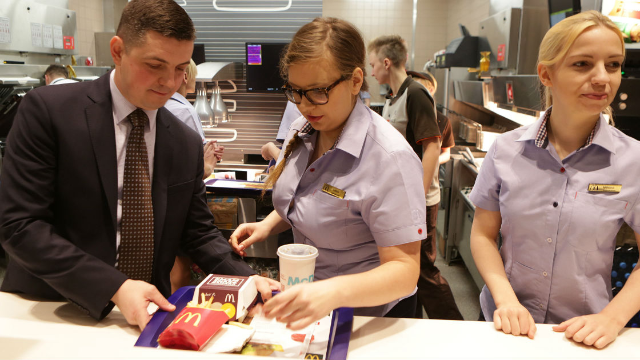 According to Pryce's Facebook post, the manager of the McDonalds allegedly prodded her teen daughter with inappropriate questions, including "do you think you're beautiful?"

Pryce's daughter felt so uncomfortable she answered "Uh, I guess ya." The manager then followed up by adding 'Well that's what YOU make of it'. This is just one of many inappropriate exchanges that took place during the course of the interview.

When the staff member found out Pryce's daughter was from Thursday Island in the Torres Strait, he revealed his stereotypes by asking "What is two plus two?" After receiving the answer "four," he then answered, "Yep, that's four in our country too."

The haranguing continued with him asking her "Sixteen and still no job?"

McDonalds manager under investigation following claims he bullied teen during interview asking if she thought she was 'beautiful' https://t.co/qoXA3eaLeL

Pryce's daughter couldn't hold back the tears after the man asked how she'd describe herself and he roasted her answer of "bubbly."

"Bubbly? Should I just stop you there and end this interview?" he said.

Understandably angered by how badly her daughter was treated, Pryce followed up with the McDonalds to file a complaint.

Since Pryce's call-out, that McDonalds now requires two staff members to be present at interviews. The manager is currently on leave.