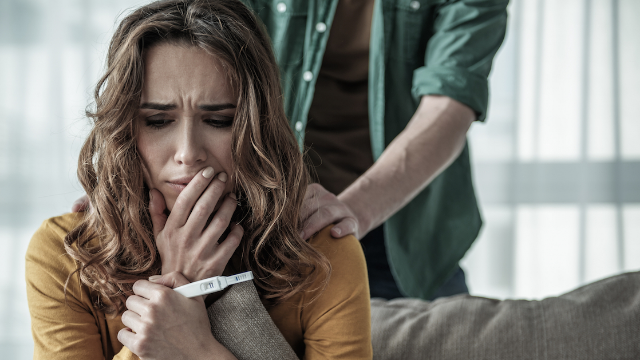 Mom breaks down the problem with shaming ‘late term’ abortions in viral thread.

The debate around abortion rights has been raging more than usual this week as a growing number of states pass draconian anti-abortion laws that would have horrifying consequences for women and society at large.

These so-called "heartbeat bills" would criminalize abortion after 6-weeks, a time when most women don't even realize they're pregnant. Basically, welcome to Handmaids Tale, the reality show. Fortunately, while many states are trying to drag us back to the dark, dark, dark ages, more progressive states, like New York, have been fighting to uphold, protect and advance women's right to choose.

A few months ago, New York City, where dreams are made of, passed New York's Reproductive Health Act on the 46th anniversary of Roe V. Wade. The law effectively decriminalizes abortion and allows women to get the procedure up until gestation in cases where their health is endangered. But unfortunately, the backlash against this law (and others like it) enabled a wave of misinformation, with many claiming women are deciding to terminate pregnancies at eight months willy-nilly.