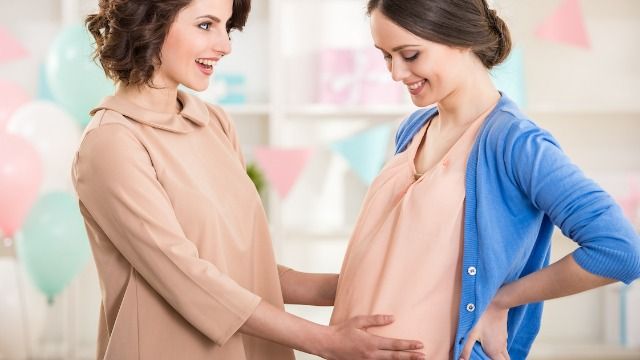 Mom-to-be asks if she’s wrong for wanting to give child same name as friend’s daughter.

Choosing a baby name can be a stressful and daunting task for many expecting parents, especially when everyone in the family, the office, the grocery store, and the drive-thru has a strong opinion about the names you're considering...

While some parents value everyone's opinion and like to take a poll of potential choices everywhere they go, others prefer to keep the decision private and wait to announce the name until after the baby is born. It's harder to criticize a name choice when it's already written on the birth certificate, but that still shockingly doesn't stop some people from offering up their special story about how they hated a Dylan in their second grade class.

So, when a pregnant woman decided to consult the online courtroom of moral philosophy otherwise known as Reddit's "Am I the As*hole?" about a conflict she got into with a friend over the name she chose for her baby, people were quick to deem a verdict.

AITA (Am I the As*hole) for wanting to name my child a similar name to my friend's daughter?

I am pregnant with my first (and probably only) child. When I found out that it was a girl, I knew immediately I wanted to call her Nora. Nora was a friend of the family. She was older than my Mum, but as I grew up, I think it's fair to say she was my friend, too.