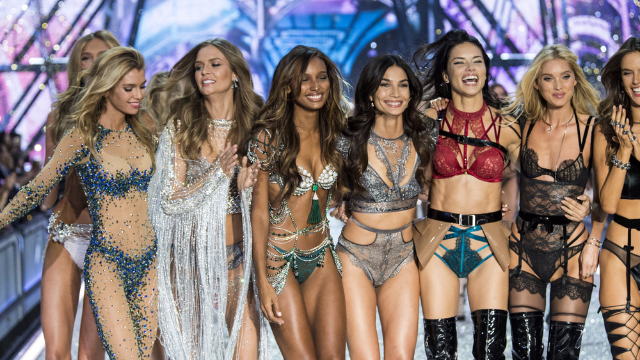 Trans vlogger claps back at Victoria’s Secret’s transphobia with her own sexy showcase.

Earlier this year Victoria's Secret let one of their secrets slip: they won't cast trans and plus-size people.

Well, maybe not all of Victoria's Secret, or Victoria herself (whoever she is), but the brand's chief marketing officer Ed Razek said that he categorically won't cast trans models for the annual fashion show because they can't sell the "fantasy."

Vogue: "Shouldn’t you have transsexuals in the show?"

Razek: "Because the show is a fantasy. It’s a 42-minute entertainment special. That’s what it is. It is the only one of its kind in the world, and any other fashion brand in the world would take it in a minute, including the competitors that are carping at us. And they carp at us because we’re the leader."