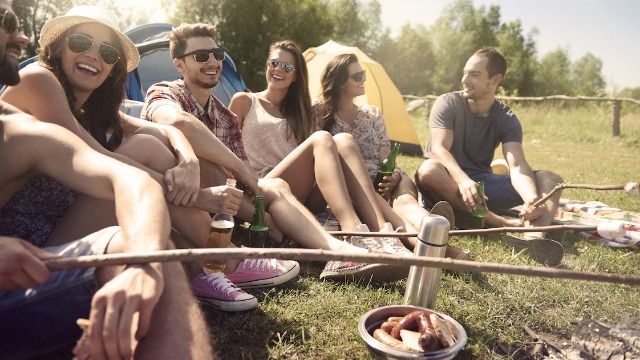 Party host asks if it's wrong to disinvite co-worker for insisting on bringing kids.

Child-free or "adults only" events can cause a war of passive aggression in the group chat if you're not extra clear who is invited...

So, when a frustrated campground party host decided to consult the moral compass of the internet otherwise known as Reddit's "Am I the As*hole?" about whether or not they were wrong to refuse to invite young children, people were there to help deem a verdict.

AITA (Am I the As*hole) for uninviting my coworker from camping when he was pushy about bringing his young children for a drinking weekend?

I host camping trips often and some of my co-workers I'm friends with were interested. It's a big party in the woods on my aunt's huge rural property. It's a group of people in their 20s and early 30s, nobody's ever brought a kid or anyone under 21 for that matter.

Another of my co-workers I don't know well asked if he could join and I said "yeah definitely, anyone can come! It'll be a great big party!" I didn't think much of it and then I made a group text of everyone I had invited camping to organize things. I asked the group if anyone needed to borrow camping gear.