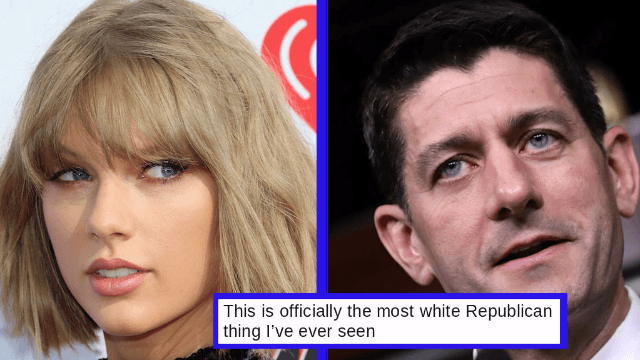 Twitter has no mercy when it comes to unfunny people. This rule applies exponentially to unfunny people who have been actively fighting to strip Americans of affordable healthcare. So, when Paul Ryan attempted to make a funny meme on Twitter that referenced Taylor Swift, well, the internet had a full fledged ball in his dishonor.

The "meme" if we want to be gracious enough to call it that, features a photo of the music video from The Bangles hit "Walk Like An Egyptian" side by side with a screenshot from Swift's "Look What You Made Me Do." His hilarious caption, pray tell?! Buckle in, it's a knockout. As a futile attempt at humor and cultural relevance, Ryan wrote: "America's music tastes have changed since 1986, but our tax code hasn’t. It’s time."