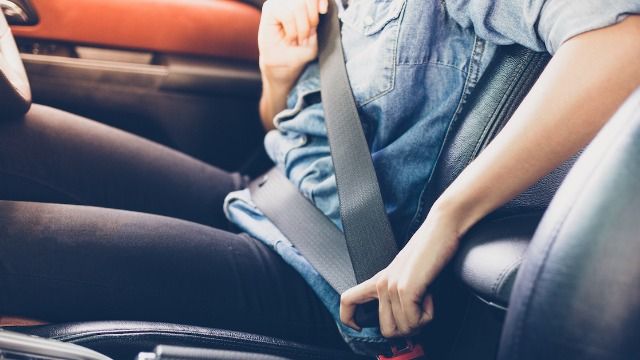 People are comparing a 1980s clip of people protesting seatbelts to anti-maskers.

For most of us, putting on a seatbelt in the car seems like second nature. There aren't constant discussions about whether the invention of seatbelts is infringing on our personal freedoms, or whether wearing a seatbelt is a deeply personal choice.

Given the current normalization of seatbelts, it's easy to feel like it's always been this way, but that's far from the case. When seatbelt laws were first introduced in the 1980s, there was a lot of backlash, with many people claiming they were unnecessary and the laws were invasive.

A clip from the 1980s that first aired on the Daily Show went viral because of the parallels between people's arguments against seatbelts, and the current backlash against masking and vaccines.

This clip from the Daily Show of people fighting against seat belt mandates in the 80s is absolutely surreal from start to finish given today's climate on both masks and COVID vaccines. pic.twitter.com/IiR8iavlyN