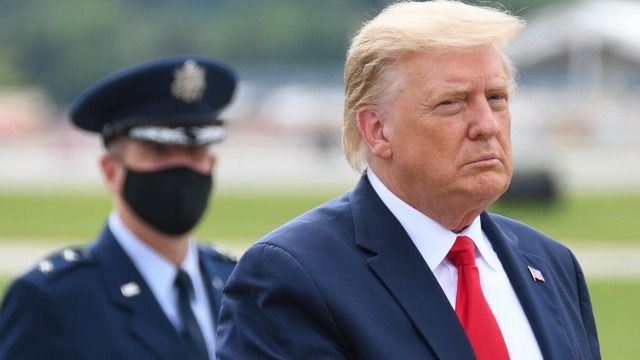 People react to fact-checkers shutting down theory that Trump will be reinstated today.

Despite being discredited by multiple fact-checkers and valid sources that aren't your uncle's blog, some Trump supporters still believed in a conspiracy theory that promised Trump's return to the White House on Friday, August 13th.

Ignoring all the logistics and laws involved with a president who lost an election entering months into the new president's term, word still spread across social media platforms and online forums as many thought if anyone could successfully defy democracy, it could be Trump.

The theory picked up even more steam when Mike Lindell, CEO of MyPillow set the reinstatement date as August 13th to "right the wrong." (Of course, he has since denied ever saying anything about August 13th specifically.)

Mike Lindell says by August 13, the talk of the world will be to overturn the election and get the communists out. He also said there will be many down ticket senators that will have different election results. pic.twitter.com/clYG1kMTgx

Trump's former Attorney, Sidney Powell, also piled onto the chaos when he claimed that the Supreme Court would surely find evidence of voter fraud and set a new inauguration date for the one-term, twice-impeached president.