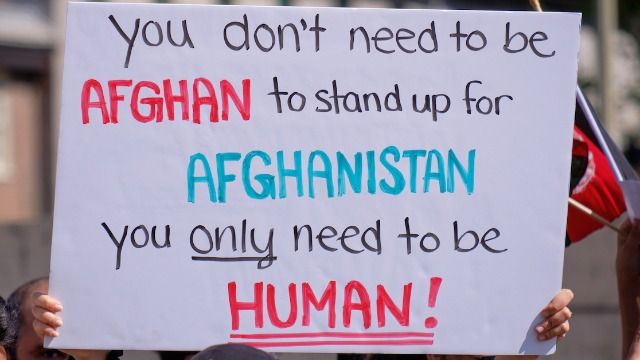 The Taliban’s recent takeover of Afghanistan’s government has made front-page news, and has caused rapid upheaval in the country, with many attempting to leave.

With the memory of the Taliban rule from 1996-2001 in mind, many Afghanistan citizens clung to a moving U.S. military plane as a means of escape, sadly falling to their deaths. In the past two weeks alone, thousands of diplomats and aid workers have been successfully evacuated, according to CNBC, along with hundreds of Afghans.

Still, many Afghans are left with no way to evacuate, and are facing down the barrel of how life might drastically change now. This is particularly true for women, who under previous Taliban rule were forbidden from getting an education past age 12, the right to work, and banned from traveling outside the home without a male relative.

Despite the risks that come with speaking out, four Afghan women decided to stage a protest for women's rights, and video footage of them quickly circulated online.