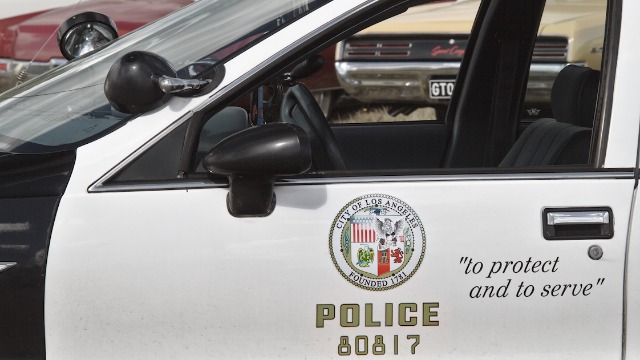 People are responding to a viral clip of a man roasting the LAPD on a live Zoom call.

On Tuesday the Los Angeles Police Commission held a streaming Zoom meeting that opened the floor for LA residents to call in with their concerns.

The commission included LAPD chief Michael Moore, who recently claimed George Floyd's death is on protesters' and looters' hands "as much as it is on those officers'."

The viral video of LAPD Chief Michael Moore that hit 3.2 million views was privated. Here it is for anybody who needs to download it.

He explicitly said George Floyd's "death is on [protestors' and looters'] hands, as much as it is on those officers'."

He needs to be fired. pic.twitter.com/hzFEli60m7

Also notice Eric Garcetti @MayorOfLA TWIDDLING HIS THUMBS IN THE BACKGROUND. Fuck both of them. Everybody needs to fucking GO and be replaced. Fuck you Garcetti. Fuck you.

Due to the backlash, Moore later issued a written apology for his remarks on Twitter.

My Apology for Remark Regarding the Death of George Floyd During a Press Conference Earlier Today:

I misspoke when making a statement about those engaging in violent acts following the murder of George Floyd.

But a mere Twitter apology was not going to silence the people of LA, and it wasn't long before a man named Jeremy jumped on the call and expressed his feelings about how the LAPD is responding to the protests:

“suck my dick and choke on it” 😭😭 pic.twitter.com/XLO6RenbY5

"Black Lives Matter, defund the police. I find it disgusting that the LAPD is slaughtering peaceful protesters on the street. I had two friends go to the protest in Beverly Hills a couple days ago and the protest was peaceful until the police showed up with their excessive, violent force, shooting rubber bullets and throwing tear gas. Is this what you think of protect and serving? Because I think it's BULLSHIT. F*ck you Michael Moore, I refuse to call you an officer or a chief because you don't deserve those titles. You are a disgrace. Suck my dick and choke on it. I yield my time, F*CK YOU!"