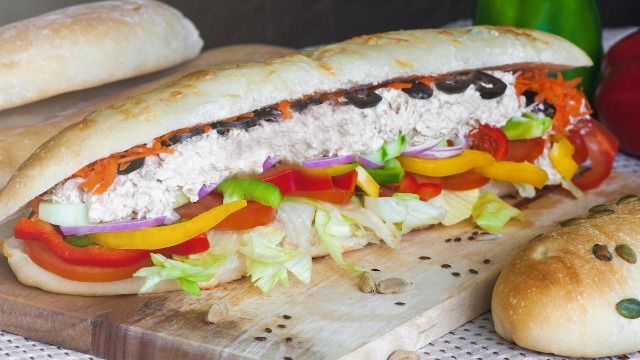 People are roasting Subway after a study concluded the tuna might not be tuna.

Bad news for loyal fans of Subway's sandwiches, but apparently it's not only the bread that isn't actually bread...

The fast food sandwich chain is no stranger to scandal considering former spokesperson Jared Fogle's criminal record and recent reports that their bread is so sweet it's technically classified as cake. Subway's flour recipe contains 10% sugar, which explains why their healthiest whole wheat option still tastes like an oatmeal cookie with some lettuce inside.

Now, their tuna is under investigation leading many customers to ask: did anyone think Subway's tuna was actually fish in the first place? That perfectly circular ice cream scoop of mayonnaise and something resembling the texture of tuna already left many people questioning the ingredients, but a New York Times study dared to delve deeper.

With curiosities sparked by a class-action lawsuit in the state of California over Subway's tuna being "complete bereft of tuna," journalist Julia Carmel gathered sixty inches of Subway tuna sandwiches and sent them to a lab. Eventually, she received an email that said: “No amplifiable tuna DNA was present in the sample and so we obtained no amplification products from the DNA. Therefore, we cannot identify the species.” "Cannot identify the species?" Is it...even....fish?