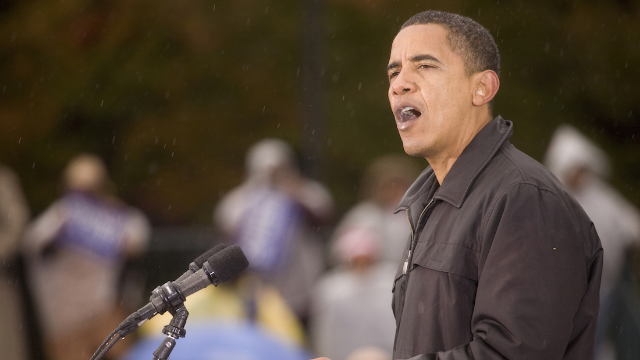 People are sharing pictures of Obama in the rain to drag Trump for being afraid of water.

World leaders have gathered in France this weekend to attend events in honor of the 100th anniversary of the end of World War I. However, a bit of rain put a damper on Donald Trump's willingness to participate, as he canceled a visit on Saturday to the Aisne-Marne American Cemetery in France, where fallen American soldiers were being commemorated. Trump claimed that his cancellation was due to so called “scheduling and logistical difficulties caused by the weather." By this we can only assume that he means 'logistically' he cannot leave his hotel room if it is raining because he does not want to. I'm tempted to make a joke about Trump being afraid of melting in the rain, but I honestly don't think he is impressive or cool enough to be compared to a witch.