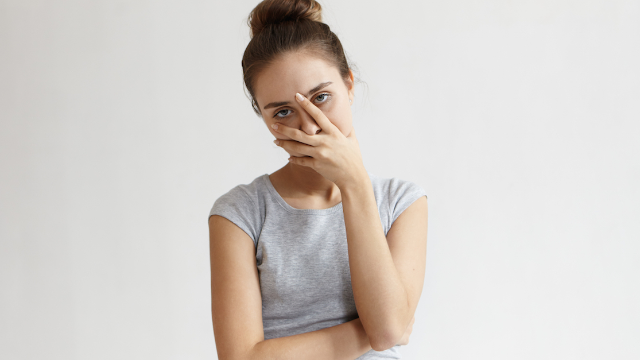 This person questioned the paternity of their friend's children for a very dumb reason.

People are stupid. This we know. And because of the glorious invention of the internet, we get to witness people put their own stupidity on display for the whole world to see. Isn't that fun?

In a recent reddit thread, someone (PaternityQuestion9) asked people to weigh in on whether or not they were being an asshole. And as it turns out, they very much were. They had gotten into a fight with their friend after questioning whether or not her kids belonged to her husband. Why, you may ask? Because her friend's husband was black, and the triplets had different shades of skin. Oof.

A few years ago, my close childhood friend gave birth to triplets. Her husband is a light black man. Of the three, two were the same skin tone as her husband, and the third was much darker. The skin tones made me a little suspicious that her husband might not be the father.

I pulled her aside privately and asked her seriously if her husband was the father. She didn’t even listen or answer rationally, she just freaked out at me and acted super insulted and kicked me out. I reached out to her husband and told him about her reaction and told him he should get a paternity test and he called me an asshole and blocked me. Neither has spoken to me since.

I’ve always thought that they dramatically over reacted and were probably hiding something because of their responses, but they’re still married and sometimes I feel bad about what happened. I just felt a lot of empathy for her husband because I would be devastated if I wasn’t confident that I was the father of my future children. Was I an asshole for asking privately?