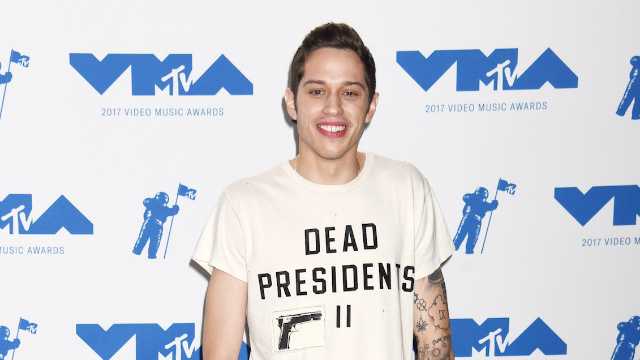 Pete Davidson has been in the news a lot lately for dating ridiculously hot women, so it's nice to see him get attention for his true art: offensive jokes. Pete Davidson made a joke on SNL's Weekend Update drawing comparisons between the Catholic church and R. Kelly. What do the two have in common, you may ask? Well, that's the joke.

Pete Davidson started his joke by talking about R. Kelly. He said, “This guy is a monster and he should go to jail forever." Then he brought the joke home with this punchline: “But if you support the Catholic church, isn’t that like the same thing as being an R. Kelly fan? I don’t really see the difference, except for one’s music is significantly better.”