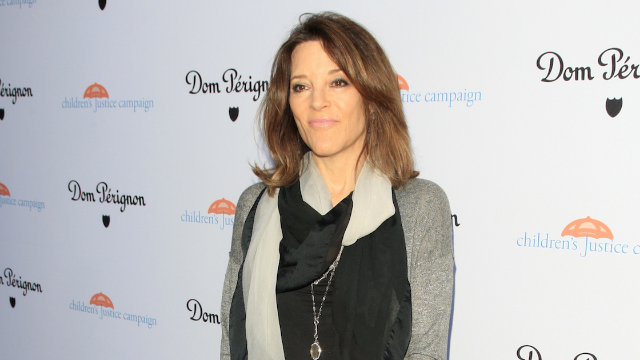 The author Marianne Williamson immediately took the Democratic debate stage by fire Thursday night with her unconventional oeuvre, and the pressing sense that she was about to float off into the night sky on a dragon or a magic carpet.

"@jacindaardern has said that she wants New Zealand to be the country that is the best country in the world for a child to grow up. And I want to call her and say girlfriend you are on because I want the United States to be that too." #DemDebate pic.twitter.com/JpfVaQ06Yt

Williamson, who has previously penned such books as The Law of Divine Compensation and Healing The Soul of America, immediately became a meme on Twitter for saying presidential candidates need to stop focusing on plans, and start focusing on the power of love.