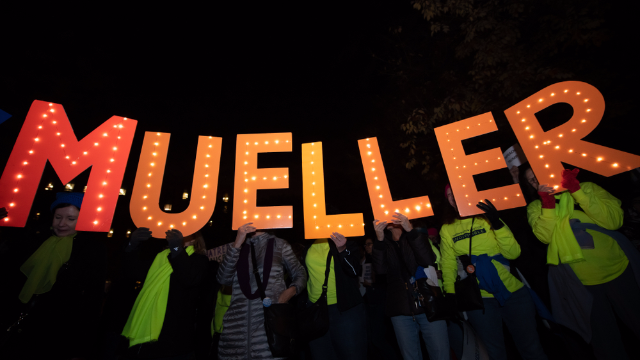 The 27 juiciest revelations from the Mueller report that weren’t blacked out.

The 448-page [REDACTED] version Mueller Report finally dropped and folks, it's nice to have all the puzzle pieces that have been appearing over the past two years assembled into one PDF.

I hate to be the one to break it to you guys but, despite claiming "complete and total exoneration," and dispatching his Attorney General to spin it like a DJ, the president is not the saintly beacon of virtue he claims to be.

The special counsel's report paints a picture of a campaign welcoming assistance from the Russian government with open arms, and scrambling to keep their stupidity under wraps as soon as they won the presidency.

Here's what you need to know.

1. Mueller's team didn't look for "collusion," but rather "coordination," as defined by conspiracy law.

"In evaluation whether evidence about collective action of multiple individuals constituted a crime, we applied the framework of conspiracy law, not the concept of 'collusion,'" the prosecutors explained.