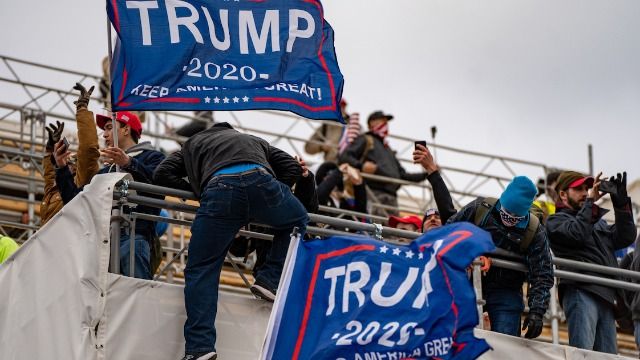 A reporter discovered the woman in the 'meemaw' memes from the Capitol riots was never there.

When a group of Trump supporters stormed the Capitol in an attempted coup on January 6th, the world reacted with shock, awe, and terror.

BREAKING: Trump supporters have breached the Capitol building, tearing down 4 layers of security fencing and are attempting to occupy the building — fighting federal police who are overrun

This is the craziest thing I’ve ever seen in my life. Thousands, police can’t stop them pic.twitter.com/VVdTUwV5YN

As photos of the rioters started circulating, people coped by posting scathing memes and jokes, a necessary tool for surviving the absurdity of the 2020s.

live pic of police at the capitol pic.twitter.com/EhO2Jvy3Xh