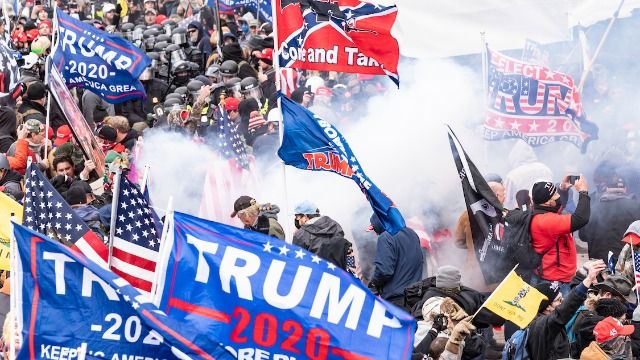 People are roasting the ex-cop who broke into the Capitol to ‘see the historical art.’

On Wednesday, the former Houston police officer Tam Dinh Pham was arrested on charges of unlawful entry of the Capitol and violent entry and disorderly conduct on Capitol grounds. He is one of over a dozen off-duty police officers who are being investigated for being part of the attempted insurrection on January 6th.

According to an article from The Washington Post, Pham originally told agents he didn't go inside during the storming of the Capitol. However, when an FBI agent later presented him his own deleted pictures and videos from inside the Capitol, he allegedly admitted to climbing over torn-down fences to get inside.

Still, Pham doubled down on the fact that he was innocent of attempted insurrection charges, claiming he just wanted to see the "historical art" inside the Capitol.

Ex-Houston police officer claimed he only breached the Capitol during riots to see "historical art" https://t.co/lWkN5rTqKN