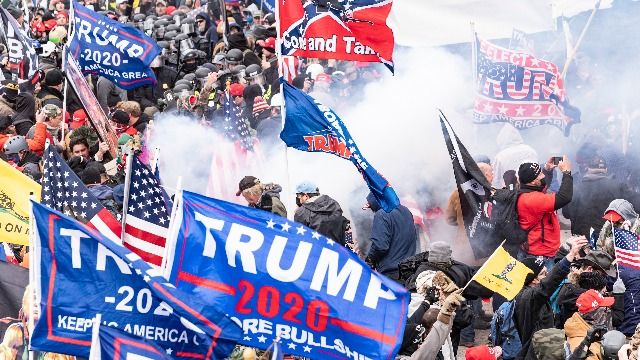 People are celebrating the Bumble user who turned in a Capitol rioter to the FBI.

You might think that you struggle on dating apps, but at least your attempts at flirting haven't gotten you arrested.

A week after the insurrection at the US Capitol on January 6th, New York man Robert Chapman bragged to a Bumble match about having been part of the mob.

"I did storm the capitol," he said, according to the Bumble screenshot in official court documents. "I made it all the way to Statuary Hall."

"We are not a match," the woman responded. She then contacted the police.