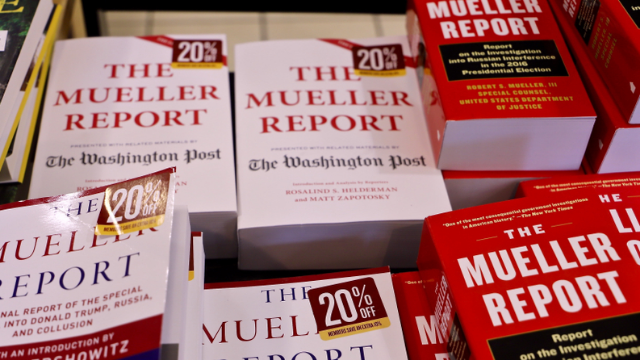 The big takeaways from round two of Mueller's testimony.

After seven hours of testimony, Robert Mueller has left the hot seat. The day opened with a hearing with the House Judiciary Committee, and despite the former counsel saying that the president is "not exculpated" and could be charged when he leaves office, pundits found it boring.

Act two with the House Intelligence Committee had way more fireworks, and by fireworks, I mean full sentences of Mueller and explicit renunciations of crimes. Here's what you need to know.

1. Chairman Adam Schiff summarized the Mueller Report in a way so succinct and damning that even your Trump-loving uncle would understand.

Mueller's report tells the story of Russia's sweeping and systematic attack on our democracy.

It’s the story of a Trump Campaign which embraced foreign help, made use of it, and covered it up.

Above all, it is a story of disloyalty to country, greed, and lies. pic.twitter.com/V3TzRhC8xb