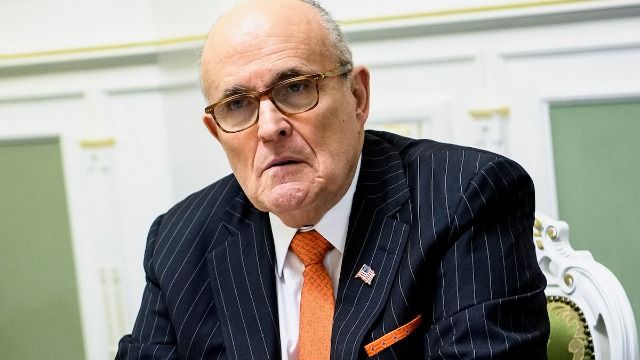 Rudy Giuliani may have lost his ability to practice law, but on the brighter side, he's also been humiliated by his son on Twitter! The New York supreme court issued a decision yesterday to suspend Trump's lawyer from practicing law, after finding evidence that Giuliani made “demonstrably false and misleading statements to courts, lawmakers and the public at large” about Trump's 2020 election defeat, falsely claiming that the election was "stolen" from his former client.

"But what does Giuliani's son, Andrew H. Giuliani, have to say about it????????" asked absolutely no one. That didn't stop him from weighing in... from the parking lot of a Motel 6, apparently?!

In a video that has gone viral for all the wrong reasons, Giuliani's son filmed his angry take on his father's law suspension and posted it on Twitter: