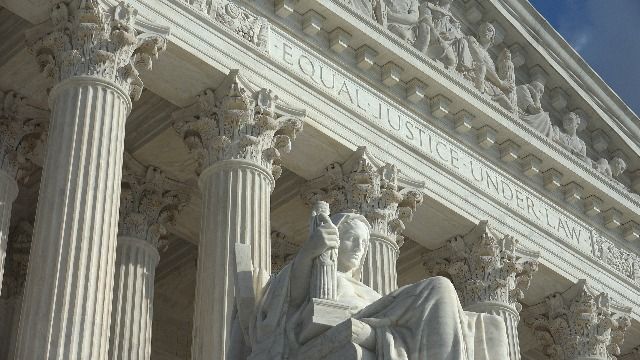 Supreme Court rules cheerleaders have the right to say the F-word on Snapchat.

Bring It On, all the way to the Supreme Court.

In an 8-1 ruling that might almost have you thinking for a hot second that SCOTUS Justices are cool, the Supreme Court ruled that a school district in Pennsylvania violated the First Amendment when they punished a cheerleader for swearing on Snapchat.

The surprisingly high-stakes drama started back in 2017, when then-freshman Brandi Levy failed to get promoted from the junior varsity to varsity cheerleading squad, she did what teens do and posted to Snapchat. She posted a picture of her and her friend flipping the bird and wrote, "F*** the school ... F*** cheer, F*** everything."

The school called that "disruptive behavior" and suspended her from the junior varsity team. Levy and her parents took it to court, saying the school had no right to punish her for swearing at a Starbucks. A federal appeals court agreed with her, but the school board in Mahanoy, PA appealed, and the case went all the way to the Surpremes.