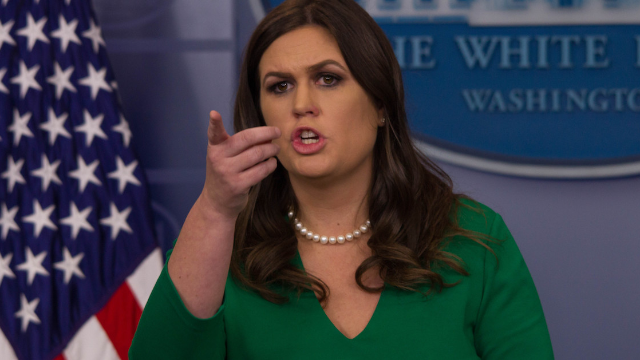 Sarah Huckabee Sanders got dragged to her grave for her historically dumb take on MLK Jr.

While the act of picking out the most embarrassing member of Trump's staff feels as futile as pinpointing the least healthy menu item at McDonalds, Sarah Huckabee Sanders definitely gave everyone a run for their money with her nauseating Martin Luther King Jr. Day tweet.

In a single tweet that simultaneously sums up the tone deaf nature of the Trump administration, the sanitization of Martin Luther King Jr.'s legacy, and the cognitive dissonance of white people everywhere (myself included), Sanders thanked the late civil rights leader for "giving his life" to end racism.