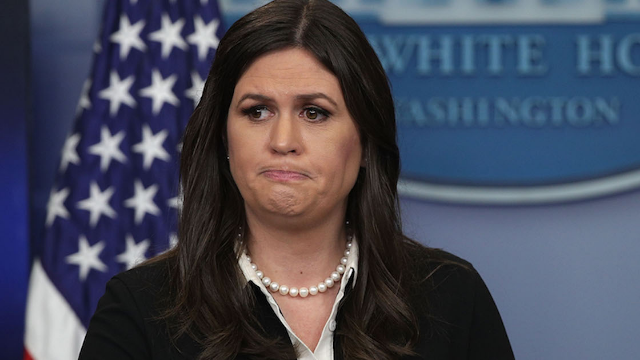 Sarah Sanders gets owned on Fox News by her greatest enemy: facts.

Look, Sarah Sanders has a tough job. She has to stand in front of Americans everyday and tell straight up lies to protect her boss. Honestly, it sounds exhausting. Somehow I don't feel bad for her at all, but I do imagine she is constantly on edge trying to avoid the one thing that can bring her down: facts.

Sanders came face to face with her feared opponent (facts) today when she went on Fox News to discuss border security with Chris Wallace. Sanders attempted to claim that terrorists were coming into the US through the Southern border, but unfortunately for her, Wallace was equipped with the real facts on this issue. Wallace pointed out that there was no statistical evidence to confirm that any terrorists were coming through the Southern border, and while Sanders tried to dance her way around this fact (classic), it was clear that she was at a loss here.