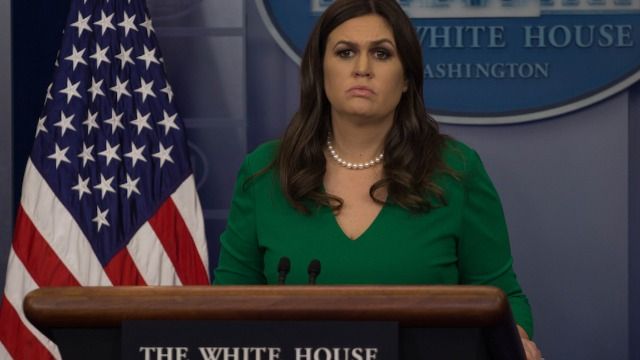 Sarah Sanders is facing criticism from a teacher at her high school after comparing the loss of Twitter followers to an infringement on her First Amendment rights.

This exchange happened after Sanders shared an image from Secretary of State Mike Pompeo on Saturday. The image showed that Republicans on Twitter were losing followers quickly, including Pompeo, House Minority Leader Kevin McCarthy, Arkansas Senator Tom Cotton. The same image revealed that Democrats such as President-elect Joe Biden, Vice-president elect Kamala Harris, Speaker of the House of representative Nancy Pelosi, and Senate Democrat Chuck Schumer had all gained followers.

Sanders retweeted the image with the caption:

"I've lost 50k+ followers this week. The radical left and their big tech allies cannot marginalize, censor, or silence the American people. This is not China, this is the United States of America, and we are a free country."