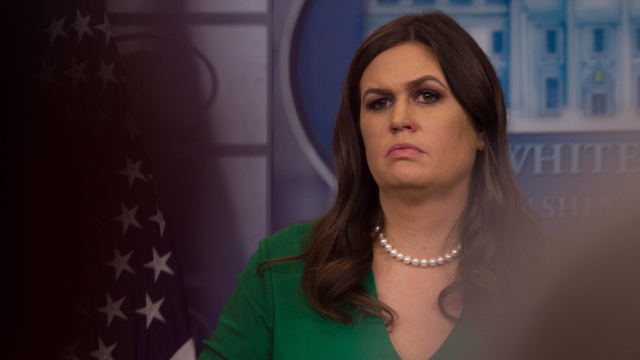 Sarah Huckabee Sanders is getting the huck out of the White House and the jokes are honestly great.

Fire the Hunger Games canon. Another one bites the dust. A third cliché.

Sarah Huckabee Sanders is the latest Trump official to exit the White House, although, according to the press secretary, there never was such a person. She didn't exist. She is a figure of our collective imaginations, and we are all crazy having believed that there was one.

After 3 1/2 years, our wonderful Sarah Huckabee Sanders will be leaving the White House at the end of the month and going home to the Great State of Arkansas....

....She is a very special person with extraordinary talents, who has done an incredible job! I hope she decides to run for Governor of Arkansas - she would be fantastic. Sarah, thank you for a job well done!