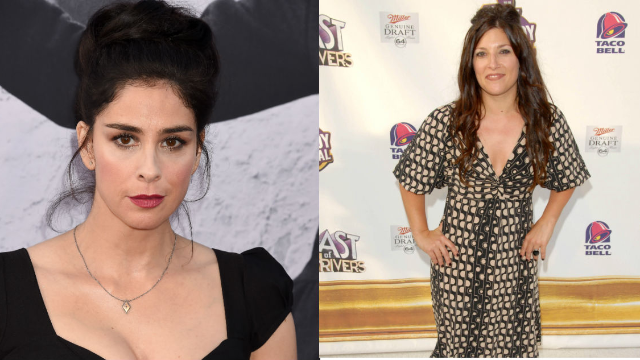 In case you missed it, during a recent appearance on Howard Stern show comedian Sarah Silverman revealed Louis C.K. consensually jerked off in front of her. She shared there were times when C.K. would ask permission to jerk off in front of her, and she'd say yes, while other times she'd decline and he'd abide.

Silverman also went on to clarify that her experiences were "not analogous" to the other women C.K. masturbated in front of -- for one, she gave consent, but also - the power dynamic was different.

This is what she told Stern:

"I don’t know if I’m going to regret saying this. I’ve known Louis forever, I’m not making excuses for him, so please don’t take this that way. We are peers. We are equals. When we were kids, and he asked if he could masturbate in front of me, sometimes I’d go, ‘F— yeah I want to see that!’ … It’s not analogous to the other women that are talking about what he did to them. He could offer me nothing. We were only just friends. So sometimes, yeah, I wanted to see it, it was amazing. Sometimes I would say, ‘F—ing no, gross,’ and we got pizza."