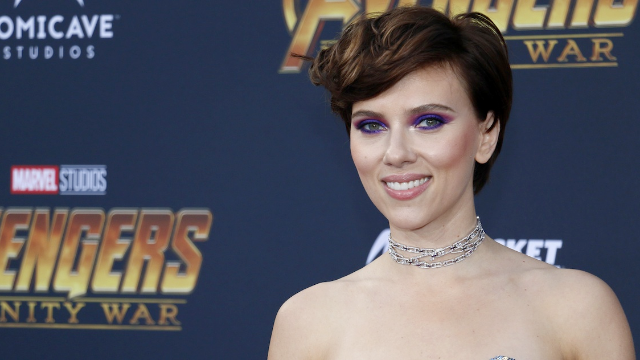 Scarlett Johansson is getting critiqued and memed for defending her right to play 'any person or tree.'

Throughout her prolific career, Johansson has come under fire multiple times for taking roles written for minority actors. In the movie "Ghost in the Shell" she played Major Motoko Kusanagi, an Asian woman. Soon after, Johansson was also cast as a trans man in Rub & Tug, but she ultimately declined the role after major backlash.

"Hey can I copy your homework?"

"Yeah but don't make it too obvious" pic.twitter.com/juBURC5Kp6

Now, in a recent interview with AS IF, Johansson addressed the critiques she's received for these roles, and where she stands on the conversation around whitewashing and straight-washing.