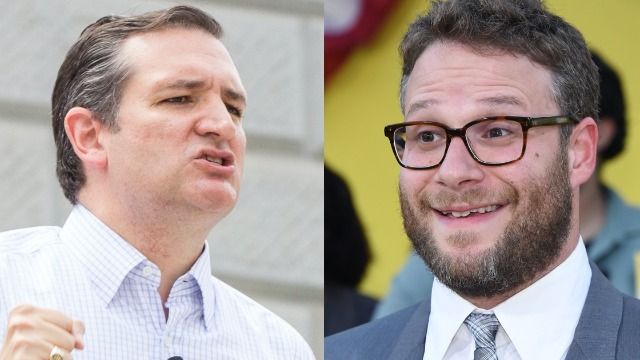 Ted Cruz and Seth Rogen fight on Twitter after Rogen called him a fascist.

Trump may be out of office, but his legacy lives on as Republicans start stupid feuds and spend an inordinate amount of time on Twitter.

Senator Ted Cruz of Twitter Texas, who famously helped rile up the Capitol mob has moved on from amplifying conspiracy theories about Biden's election to fighting another scourge on America's democracy: Seth Rogen.

It all started when Cruz celebrated Biden's inauguration by criticizing the new president for rejoining the Paris Climate Agreement. The senator falsely claimed that combating global warming benefits the "citizens of Paris" more than the citizens of Pittsburgh, which is ironic considering his crusade to throw out the citizens of Pittsburgh's votes by challenging Pennsylvania's election results. (Also, Pittsburgh supports the Paris Climate Agreement even though it has "Paris" in the name.)

Cruz was aghast when Rogen replied to one of his tweets with a succinct "f*ck off fascist." He clutched his pearls and used it as an opportunity to condemn the "Hollywood celebrity."