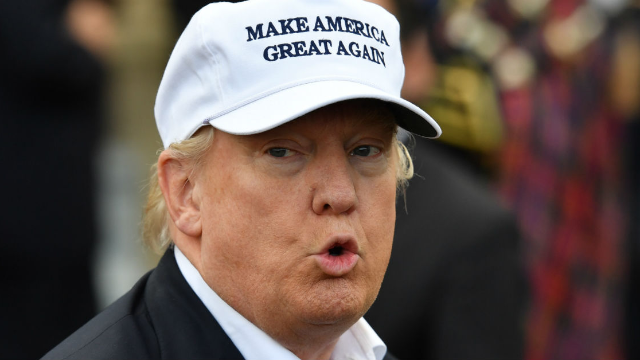 The word 'sh*thole' was projected onto Trump's D.C. hotel by artist.

The artist and political activist Robin Bell projected the word sh*thole onto Trump's D.C. hotel on Saturday night, and it made waves. The display included a stream of flying poop emojis and also projected the phrase "the president distracts us from politics that are harming us," as well as "this is not normal" and messages to "stay vigilante."

The artist behind the graphics is the founder of the video projection Bell Visuals, which is committed to using video as a tool for social change. Bell previously made headlines for projecting the motto "Pay Trump Bribes Here" onto Trump's same D.C. hotel back in May.

In that same month, Bell also projected "#SessionsMustGo" and "I thought the KKK was OK until I learned that they smoked pot" onto the Department of Justice building in protest of Attorney General Jeff Sessions.