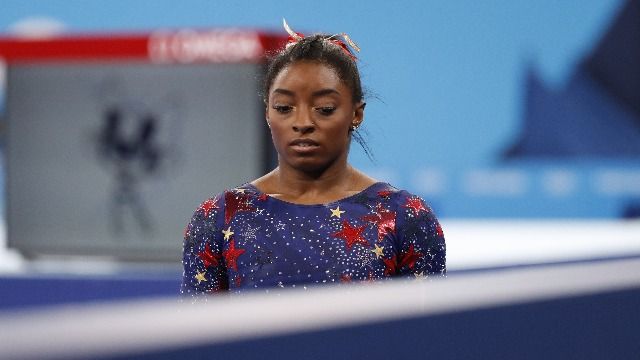 Simone Biles explains why her 'petrifying' vault could have been life-threatening.

The "twisties" is a deceptively adorable-sounding name for a condition that can mean life or death for an athlete. When Simone Biles withdrew from the Artistic Gymnastics Women's Team Competition at the Tokyo Olympics, it started an Olympic-level competition of Hot Takes that features some of the world's worst people criticizing the 24-year-old champion.

"Twisties" are a mental block that a gymnast can experience that makes them lose their sense of direction while they're literally flying through the air. The stakes couldn't be higher, as a bad landing can mean injury and even paralization.

Regarding the vault that caused Biles to withdraw, Deanna Hong, a producer of the docu-series "Golden: The Journey of USA's Elite Gymnasts," quoted a former elite gymnast who said that if someone other than Biles made that landing error, they would have "blown a knee, at minimum." "Another said if it had happened to her instead of Simone, 'I probably would have ended up paralyzed.'"