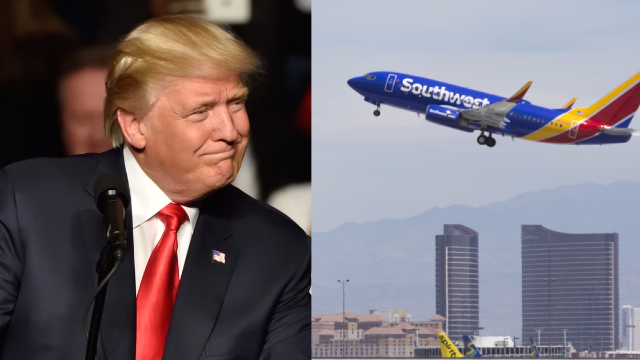 A woman who fell asleep during her flight on Southwest Airlines awoke to find the hand of the man next to her groping her breast.

According to The Washington Post, the assaulter cited the president's "grab them by the pussy" remarks in his defense, an even more disgusting riff on Richard Nixon's famous line, "Well, when the president does it, that means that it is not illegal."

Federal prosecutors allege that Bruce Michael Alexander, 49, groped the woman on a flight from Houston to Albuquerque. According to the criminal complaint, the man said after being arrested that "the President of the United States says it’s ok to grab women by their private parts."

Alexander was arrested by the FBI upon touching down in Albuquerque and was charged with abusive sexual contact. The maximum penalty for the charge is two years in jail and a $250,000 fine, but he could also get a presidential pardon.